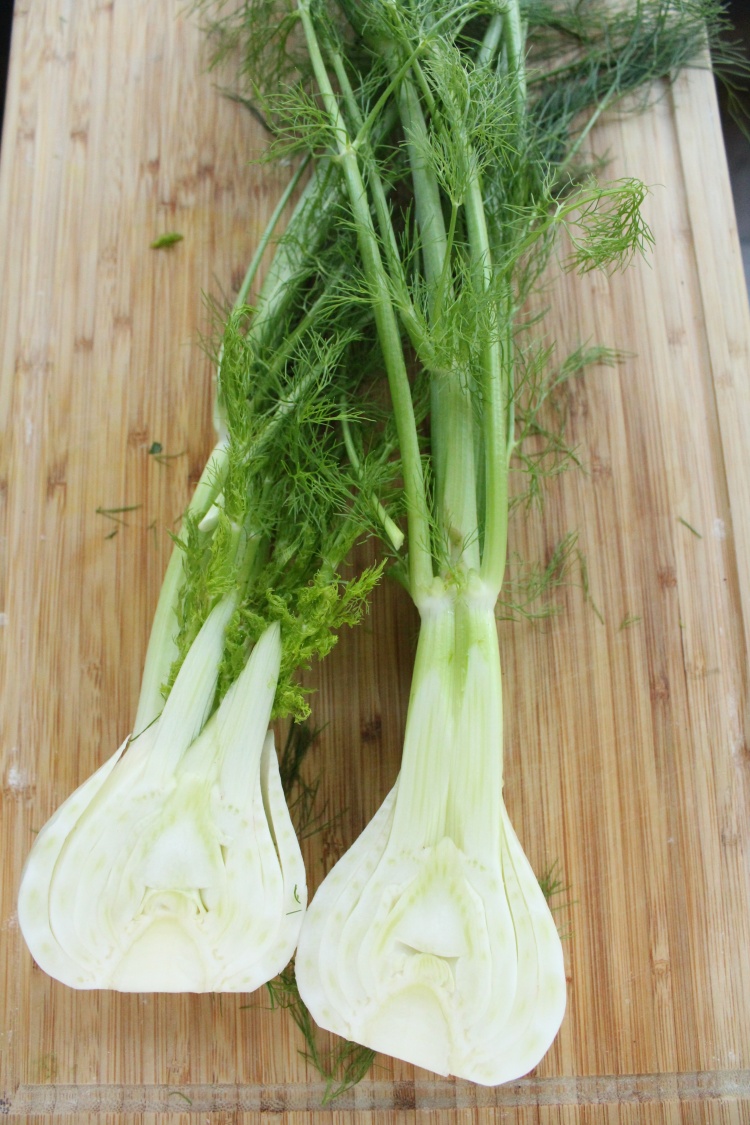 Last week was a week of ‘firsts’. I made my first bit of Pasta from scratch with the new pasta machine, and I cooked up my first batch of Ricotta, something I thought was way too complicated it was actually dead easy and in all honesty much better than the store bought equivalent. Deriving from the Latin word faenum meaning hay.
Fennel has a myriad of health benefits, including aiding digestion issues.

Here in South Africa, fennel is not used very often in traditional home cooking. I went to the store last week and bought a bulb of fennel, much to the cashier’s embarrassment she had no idea what the star anise flavoured vegetable was called and had to ask a colleague so that she could correctly ring up the item(trying to do so without me noticing…) with that in mind, this little food faux pas automatically decided the feature food for unusual suspects. Reminding of my ‘Liquorice all sorts’ filled childhood, fennel does live very close to my heart. This week, I decided to make an ‘unusual pasta dish’ I wanted to do the exact opposite of tomato sauce drenched pastas with a meaty substance. In the spirit of being brave and experimenting, I made fresh Ricotta, which I added to the dish for a creamy texture.

Handy tip: take the fronds off of the fennel and save in a air tight container, add as garnish to salads, cheese boards, basically anything that needs a little spruce up in colour and taste!

I roasted the fennel in the oven and then added it to the pan for ultimate flavour extraction into the dish. I find the fennel roasted, turns sweet rather than intensifying further in the Liquorice flavour it exudes in raw form.

If you really want to experiment, why not try your hand at a dessert that heroes fennel, like a Fennel sorbet, fennel panna cotta or Fennel tarte tatin.
Either way, you can’t go wrong with this beauty.

This site uses Akismet to reduce spam. Learn how your comment data is processed.

Off Beet Blog, is focused mainly on capturing, creating and sharing good fare. Join me on my food filled journey of food styling and food photography.
Read More!